Croatia is among the ideal destinations if you love to be around natural beauty yet still close to excitement.  Its varied landscapes help this become a reality for tourists and natives of Croatia.  It certainly meets the label it was given “The Mediterranean As It Once Was.”

Situated in Southern Europe, Croatia has a variety of terrain and climate differences.  As you become familiar with its regions, you’ll know that lakes, hills and plains are in the northern areas.  You will learn that Gorski Kotar and Lika include mountains which are heavily wooded and the coastal section of the Adriatic Sea is pretty rocky.  With a terrain that has distinct parts, so does Croatia’s climate.

If one had to guess how many islands it has you’d probably guess less than 100 but in fact, it has more than one thousand different islands which make up the waters of Croatia. The largest Croatian island, Korcula, Hvar island,

Croatia is most famous for its breathtaking national parks.  Altogether inside Croatia, there are eight different national parks  which include its enchanting Plitvice National Park, Krka River, Brijuni (includes 14 islands), and Paklenica.  On top of its national parks, Croatia features ten unique nature parks.  According to Croatian law, national and nature parks are protected areas of nature which is sign of relief for nature lovers and anyone who appreciates nature’s beauty.

Known as the “Pearl of the Adriatic”, the walled city of Dubrovnik is among the most popular and scenic tourist attractions throughout Croatia and the Mediterranean.   Created on maritime commerce, during the Middle Ages it was the only place in the Adriatic to compete with Venice.

The sixth largest remaining Roman arena is the amphitheater in Pula had capacity seating for just over 26,000 onlookers in the 1st century AD constructed building.  Additional structures can be found in Split.

In addition to the wonderful natural attractions of Croatia, all the major cities offer a thriving nightlife.  There are a countless number of delicious restaurants, and many of these feature live music for your listening pleasure.  If you are looking for bars or pubs, you won’t have a hard time finding them.

Did you know the capital of Croatia,  Zagreb,  is literally a city of museums since it has the most museums per square foot worldwide, yes even more than London. Along with so many museums you must have numerous cafes nearby and it has plenty of those as well.

Some famous inventions it is responsible for are the fountain pen, the necktie, the parachute by Faust Vrancic, and AC, alternating current by Nikola Tesla,

In summary, Croatia is truly an excellent destination for anyone whether for tourism or studying.  Like any other place in Central Europe, you should be able to find a decent price for plane tickets over there.  Upon arrival, fun and excitement is not very expensive at all.  Housing options short and long-term all over Croatia are priced reasonably and acceptable. A stop in Croatia will not leave you disappointed but quite possibly make you crave more of this region. 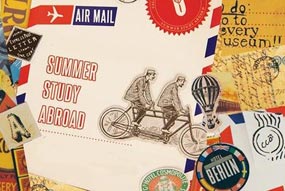